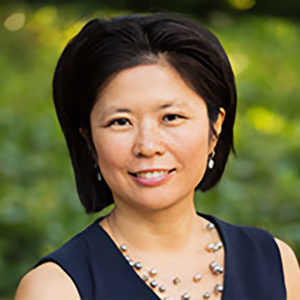 Betty has extensive experience practicing in the areas of Probate and Trust Litigation where she represents executors, personal representatives, administrators, and heirs of estates, trustees (including individuals, private fiduciaries, and corporate fiduciaries and other major institutional entities) and beneficiaries, from inception at the trial court level to appeal; Elder Law; and Conservatorship Law (from establishing conservatorships to resolving conservatorship disputes). She is also a founding member of the firm’s Alternative Disputes Resolution (ADR)/Mediation practice group, where she helps parties avoid expensive lawsuits by working with them to craft creative, cost-effective solutions to quickly and satisfactorily resolve their legal disputes outside of litigation.

In 2012, the California Court of Appeal, Third Appellate District, selected Betty to become one of its court-paneled mediators. Betty completed the Court of Appeal’s extensive mediation training program which resulted in her having mediated cases for that Court. Betty has also completed an additional 40-hour mediation training course and was one of the key figures in assisting the Solano County Superior Court in resurrecting its Alternative Dispute Resolution Program. Betty is a sought-after speaker who speaks on topics related to mediation and alternative dispute resolution.