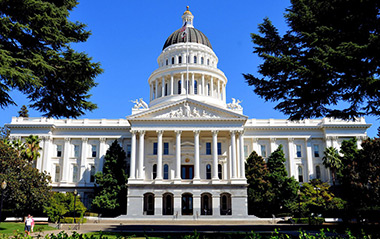 The PFAC leadership, board of directors and legislative committee have been actively engaged in Sacramento during the first quarter of 2019.

It must be acknowledged that there is a new level of enthusiasm within a Democratic party – dominated political environment.

As the year progress, we anticipate that the Bureau will be pursuing new or revised regulations in four different policy areas that would apply to PFAC members. The legislative committee has reviewed preliminary text of the regulations and, with policy direction provided by the PFAC board, has submitted public comments on key provisions. The four regulatory packages are:

The two-year, 2019-2020 legislative session is now well underway. Over 2,700 new pieces of legislation have been introduced, and many bills are being calendared for their first hearings in the policy committees of each house of the Legislature.

Among the bills of interest are the following:

Conservatee Compensation – A proposed prohibition on compensation to a guardian or conservator from funds paid to the ward or conservatee from a government program, including, but not limited to, federal Social Security payments, Medicare, or Medi-Cal – SB 303 [Wieckowski]

Definition of “Instrument” – A proposed revision of the definition of instrument under the Probate Code to mean a will, a document establishing or modifying a trust, a deed, or any other writing that designates a beneficiary or makes a donative transfer of property – SB 308 [Jones]

Maximum on Late Fees – A proposed requirement that the delinquency, penalty, or late fee for any licensee within the department to be 50% of the renewal fee for that license, but not to exceed $150 – AB 768 [Brough]

No License Revocation Based on Student Loan Default – A proposed prohibition against the Department of Consumer Affairs or a board under the department’s jurisdiction from revoking or suspending a license because the licensee is delinquent, or has defaulted, on a student loan – AB 862 [Kiley]