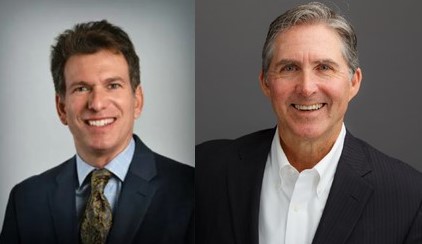 Learn about entities from two points (1) how to administer an entity as part of an estate/trust; and (2) entity choices when establishing a fiduciary business and their tax treatment/advantages.

Stephen J. Brownell began his higher education at the University of California, Davis where he received a Bachelor of Arts in Economics in 1982. Steve continued on to San Diego State University where he attained a Masters of Accountancy, specializing in Taxation, in 1985.

Upon graduation from San Diego State University in 1985, Steve started his career in San Diego at the international CPA firm, Deloitte, where he held the position of tax manager. In 1992 Steve partnered with colleague Mark Lindsay to establish Lindsay & Brownell, LLP.

In addition to being a founding partner of Lindsay & Brownell, LLP, Steve has been a contributing author to the Bureau of National Affairs’ Tax Practice Series and has served as a lecturer in tax and accounting at local educational institutions such as San Diego State University, Southwestern and Grossmont colleges.

Steve’s contributions and involvement extend beyond the firm. Steve has taken an active role within the community and has volunteered his time serving on a variety of organizations’ boards. Currently, Steve is a member of the San Diego State University School of Accountancy Advisory Board. He recently retired from the board of management of the Magdalena Ecke Family YMCA, after serving for 25 years most recently on the executive committee as a past board chair. Steve has also served on the board of the Encinitas National Little League, was a member of the San Diego Zoological Society’s President’s Pride advisory board and a member of the planned giving executive committee at University of California, San Diego.

David Minton joined Solomon Minton Cardinal Doyle & Smith LLP as a founding Partner in early 2005. Previously he was a Shareholder of Seltzer Caplan McMahon Vitek for nine years and practiced at that firm for a total of 15 years. David specializes in business, corporate and real estate representation. Clients include entrepreneurs, software and technology companies, manufacturers, real estate investors and developers and commercial businesses. David advises and counsels clients as to general business issues and strategic planning.

Hyatt Regency San Francisco at Embarcadero Center
May 31 - June 3, 2023
Rising to the Challenge Together