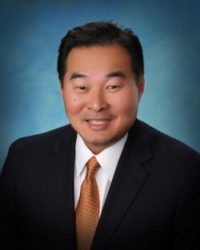 The ins and outs a Fiduciary will encounter when administering assets that involve different business entities. The presentation will cover a view from the bench, in addition to private counsel’s views on Fiduciary Trustee’s many duties to the beneficiaries, the court and other business entity structures as it pertains to the scope of neutrality, standard of care and ethical considerations. Additionally, a discussion regarding practical considerations and risk management to mitigate potential litigious situations and during litigation will be discussed. Lastly, there will be a case study with different scenarios that will be discussed during the presentation making it interactive and engaging with the attendees.

The Hon. Brenda Penny is a judge for the Los Angeles County Superior Court in California. She was appointed to the bench in 2018 by former Governor Jerry Brown

Penny began her legal career as an associate at the law firm of Gronemeier and Barker in 1982 and was named a partner in 1989. Penny then entered into solo practice for three years beginning in 1994. Then, in 1997, Penny became a probate attorney for the Los Angeles County Superior Court, one of many positions she would hold at the court. She also served as an assistant supervising probate attorney from 2001 until 2014 when she was then elected by the court judges to serve as a court commissioner. Penny remained a commissioner until her appointment to the bench four years later.

David Kim, Managing Partner of Wright Kim Douglas, is an experienced litigator with an extensive business and real estate background, and handles exclusively probate and trust matters, both litigated and non-litigated.

Prior to practicing law, Mr. Kim’s background and experience was mainly in real estate finance, working for Comerica Bank, California Federal Bank, and the Irvine Company. He has been an active licensed broker for more than 25 years and has transacted numerous investment properties throughout California.

During his tenure at the District Attorney’s office and CSS, Mr. Kim honed his trial skills by conducting numerous preliminary hearings, bench and jury trials. Mr. Kim is comfortable in a courtroom and is an experienced passionate trial advocate. During Mr. Kim’s last three years at Los Angeles County, he was the Risk Manager at the OAAC and DHR responsible for overseeing all aspects of Title VII (Federal) and FEHA (State) litigation involving a workforce of over 100,000 government employees within 37 County departments. Mr. Kim was directly responsible for assessing numerous high risk claims against the County, working with the Board of Supervisors to reduce the County’s potential exposure. Mr. Kim is experienced in assessing the strengths and weaknesses of claims, determining which ones should be settled and which claims should instead go to trial.