Fiduciary Neutrality: When to Join the Fight. The Ethics, Law and Practice of Neutrality – Part I

Home > Ethics > Fiduciary Neutrality: When to Join the Fight. The Ethics, Law and Practice of Neutrality – Part I 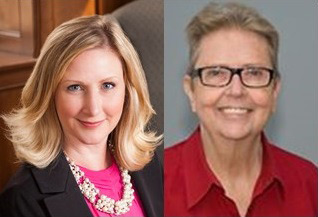 The panelists will provide an in-depth analysis of the statutes and case law defining the fiduciary’s ethical duty of neutrality depending on the circumstances. The perception of neutrality of a professional fiduciary can be very important to the effectiveness of that fiduciary in solving contested in a case. The Honorable David J. Cowan, the Supervising Probate Judge of the Los Angeles Superior Court, will provide his own unique perspective on judicial expectations for fiduciary neutrality, as well as other expert panelists.

Yevgeny L. Belous was born in 1983 in Kiev, Ukraine. He is fluent in Russian and graduated in 2005 from the University of California Santa Cruz, majoring in Economics and Business Management. Mr. Belous completed his J.D. from Thomas Cooley Law School in 2009 and was admitted to the State Bar if California in 2009. In law school, he was a senior intern at the Sixty Plus Elder Law Clinic, which exposed him to a wide variety of legal issues facing the elderly. Since becoming an attorney, he has continued upon this path practicing exclusively in the areas of trusts and estates, conservatorships, guardianships, and probate litigation.

Lauriann Wright is an experienced probate litigator and estate planner located in Glendale California. For over 20 years, she has been practicing all phases of probate law and litigation, including conservatorships, guardianships, trusts, and probate estates, throughout Los Angeles, Orange and Riverside Counties. She has been named as a Southern California Super Lawyer in Trust and Estate Litigation for five consecutive years, from 2012 through 2016. For 2016, she is also listed as one of “The Best Lawyers in America” in Litigation by Best Lawyers. She was recently named as a member of the National Advocates: Top 100 of Wills, Trusts and Estates Lawyers.

Ms. Boehmer has been in practice over 15 years, serving as the President of the Professional Fiduciaries Association of California (PFAC) from 2011 t 2013. She is also a certified mediator through the Los Angeles County Bar Association. She has been an outstanding advocate and backer of legislation aimed at improving the fiduciary profession and standards in California. Ms. Boehmer, who is also a licensed tax preparer, has owned and operated Norine Boehmer Management, Inc. since 2990.